Offshore company for Indian citizens: What things to consider 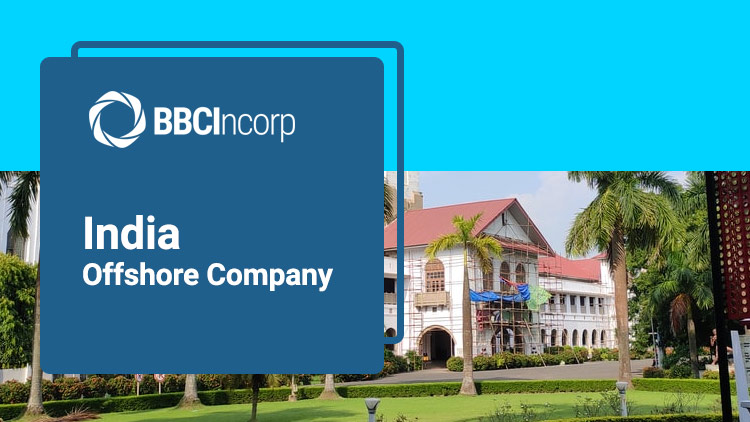 Moving offshore has been a topic of concern for Indian entrepreneurs, especially tech-startup companies in recent years. If you are Indian and also planning to establish an offshore company, you should not miss out on the article below. Check it out!

1. Tax matter in setting up an offshore company for Indians

A large number of Indian business owners have a tendency to set up a sister company in an offshore country. The offshore corporate vehicle is believed to bring potential pathfinders for Indian entrepreneurs, especially in terms of facilitating their international payments.

In another perspective, some Indian companies also wish to invest in companies incorporated outside of India to meet their demand for market expansion or better access to foreign playgrounds. Regardless of any possible reason, moving offshore is high-in-demand for Indian business players these days. 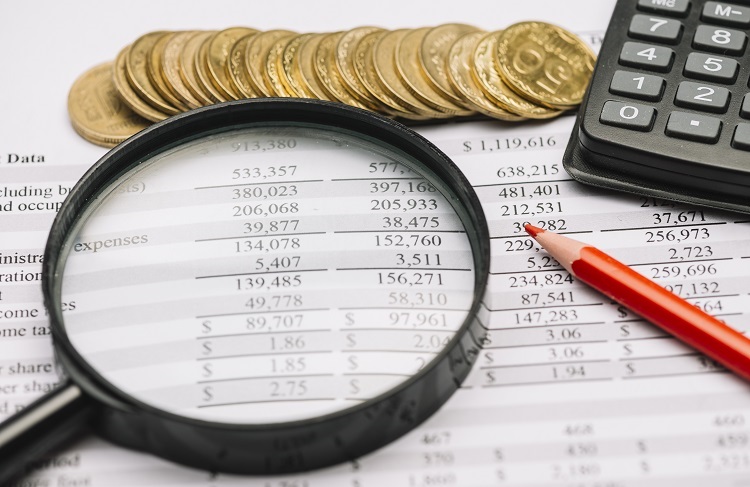 A key to mention here is the tax matter. One striking reason to drive most startups and SMEs going offshore is for tax optimization. As you may know, an Indian domestic company is taxed on its worldwide earnings. The corporate income tax rates imposed on an Indian company range from 25% to 30% on the basic level. By setting up an offshore company, Indian owners can enjoy minimal tax compliance duties, lower tax rates, and more tax incentives if an appropriate business structure is used.

Further discussions on benefits and uses of offshore company setup can be found in our related article here: Offshore Company: An Efficient Path Moving Your Business Overseas 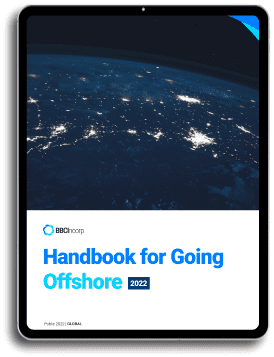 However, you should take into account the matter of tax obligations as per Indian domestic laws. Note that the Indian entrepreneur with his incorporated company outside India can still be subject to the corresponding tax liabilities in India if he cannot elucidate his claim to foreign tax residence with the Indian authorities.

So, how can an offshore company established by an Indian citizen be legally entitled to the exemption from Indian corporate tax? What is the role of determining your intended company’s tax residence? Below text lines will help you find the answers.

2. For those who don’t know Place of Effective Management (POEM)

For Indians looking for offshore corporate vehicles, please carefully review your company’s POEM before moving. The reason behind this is that your offshore company can be still taxed as a local company in India if that company is considered a local tax resident depending on its Place of Effective Management, or POEM for short.

Particularly, Finance Act 2015 stipulates that a company is verified as a resident in India if ONE of the following conditions is met: 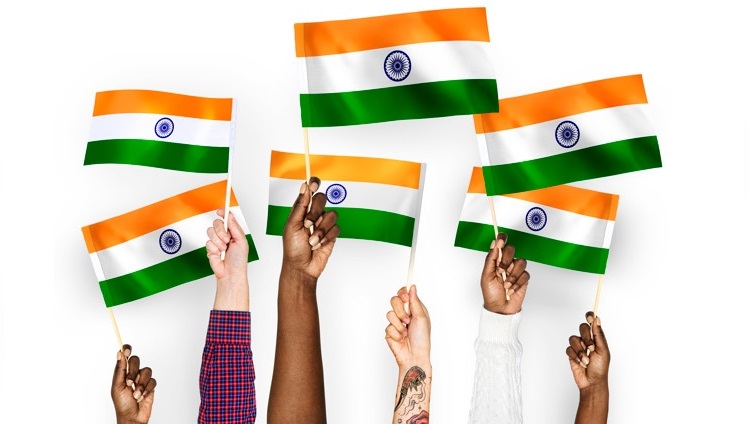 A large number of Indian companies have set up their subsidiary in other countries outside India on account of many reasons. Cost-effectiveness, skilled workforce, better communication infrastructure, and enterprise-friendly environment for tax benefits or ease of doing business are among very popular reasons. Indian citizens are increasingly establishing their desired offshore business in many top financial centers such as Belize, the BVI, Hong Kong, and so on.

A key to mention lies in some cases of tax evasion that happened. As per previous domestic laws, an offshore company would be treated as “non-resident” in India if it was not entirely controlled and managed from India.

Accordingly, many Indians artificially created offshore structures for sheltering their “undefined” earnings from the Indian local taxation. It was done by having several meetings to be held outside India to elude the residence rule. This concerning topic actually opened a large wave of debate in reality.

To better cope with the abuses of tax residency test and place it in line with global standards (the Organization of Economic Cooperation and Development’s tax treaties model), the India government introduced The Place of Effective Management (POEM) in the Finance Bill of 2015. In fact, this term first appeared in the Income Tax Act, 1961 (“The Act”) in connection with the shipping business taxation. It was then amended by the Finance Act, 2015 (amendment to section 6(3) came into force from 1 April, 2017) to be used for determining the residential status of companies as the replacement for the past “control and management”.

On 24 January 2017, the Central Board of Direct Taxes of India (CBDT) issued the Circular No. 06 of 2017 for the “Guiding Principles for determination of Place of Effective Management (POEM) of a Company”. POEM model is widely used in many worldwide countries for the determination of the residential status.

The POEM rule is mainly to restrict Indian companies that set up foreign business forms to conceal profits in overseas jurisdictions whilst their control and management cannot be proven to be outside India. So, what exactly is POEM?

What is the Place of Effective Management (POEM)?

The Finance Act defined Place of effective management as the location at which your entity makes key management and commercial decisions for the conduct of your entity’s business. 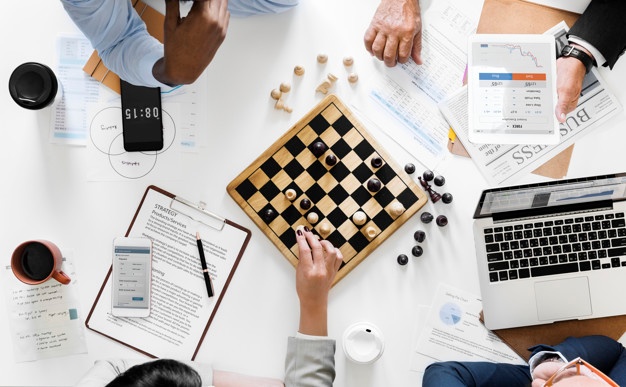 The POEM acts as a test for examining the residence status of foreign companies whose POEM in the previous year is situated in India. Based on the result, the Indian government can determine whether that particular company would be treated as a tax resident and then subject to tax duties in the country.

For Indian enterprises, please note that ascertaining POEM of one enterprise will much rely on a case-by-case basis providing that this complies with the guideline from CBDT. In case your company has more than one place of management, then this is acceptable but your company can only have one POEM at the time of determination.

Keep reading to know whether your company is subject to the POEM rule? If yes, by what ways can you prove your offshore company’s POEM to be outside India?

3. Does the POEM rule apply to your case?

The POEM rule is applicable to certain entities. In-scope entities under the POEM rule comprise all companies incorporated outside India which are entirely or partially owned by local residents in India. This model was made applicable to such entities from the assessment year 2017 – 2018 onwards.

By contrast, an offshore company incorporated by Indian owners would not come under the scrutiny of POEM if the company has its turnover is less than Rs 50 crore in the previous tax year.

4. How your offshore company’s tax residency is determined under POEM rule

Again, here is the key rule:

If the place of effective management of your offshore company is determined to locate in India, then that company is considered as a local tax resident as per Indian laws. It shall therefore be taxed in India for any of its global income generated.

Simply put, the tax residency status of your Indian-owned enterprise incorporated outside India will decide how your offshore company would be taxed. And importantly, you need to base upon POEM determination to prove your company’s tax residency.

The determination of POEM will be simplest if your company’s key decisions for conducting business are made in only one country. The question arising is “if such decisions of my company are made in India in the first half of the year while in another country during the remaining part of the year, then how is my company’s POEM determined?”

Please note that the examination of POEM for one company would basically depend on the fact of whether your company is carrying on an active business outside India (ABOI) or not.

If the company is identified as an Active Business Outside India (ABOI), it is granted a higher chance of being considered a tax resident outside India. There are specific criteria to prove your business to be an ABOI company. Particularly, your company must ascertain its passive income test, an asset test, employee test, and payroll test:

An ABOI company’s POEM shall be presumed to be outside India if most of its board of directors (BOD) meetings take place in another jurisdiction other than India. This condition is possible only in case the company’s BOD is the one exercising the right of management of the company. On the other side, if the actual powers of controlling this company are owned by a holding company or another legal person in India, POEM would be determined to be inside India.

Note that the examination of whether your foreign company qualifies under the ABOI test should be based on the data of the previous three years. Once it is proven as engaging in ABOI and satisfying the condition of its POEM to be presumed as outside India, your company, in this case, can be excluded from the scope of the POEM implications and confirmed to be NOT a tax resident in India.

Example: Your company is a sourcing company incorporated in the BVI and it is a 100% subsidiary of the parent company located in India. The key assets as well as all employees of your company are all in the BVI.

Moreover, your company’s passive income accounted for 40% of the total income, of which 30% income was from the transaction of purchase and sale from/to associated enterprises and 10% income was from interest. As a result, your company met the primary requirements to be considered engaging in active business outside India.

To determine your POEM as prescribed by the official guidelines, including: 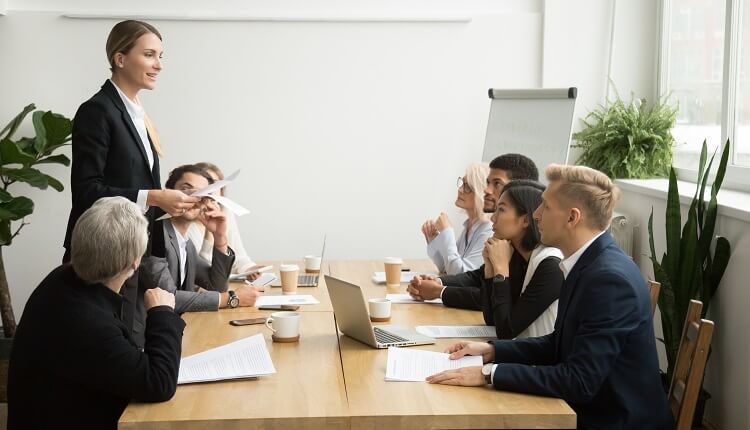 In connection with the above steps, there are relevant factors in respect of the management and control of the company which your company can consider in the determination process. The following hints exemplify a possible POEM of one company, it can be:

Other considerations that may also impact how your company’s POEM is determined are the locations where key business activities of your company are being conducted, or where to keep your company’s accounting records.

Be advised that the Assessing Officer (AO) is the authority reviewing the Place of Effective Management and determining your company’s residency. It should also be noted that every separate subsidiary or associate entity of one parent company would be evaluated by AO.

Before this tax officer finalizes your offshore company as a resident in India (based on the company’s POEM), your company can still get a chance to join a hearing granted by the three-member board (Principal Commissioners or the Commissioners) before it comes to the final decision.

If you have considered everything and decided to go offshore, move on to learn about how to set up an offshore company now!

Indian citizens can still set up their desired offshore companies and enjoy tax benefits provided that they satisfy the condition of having the company’s POEM outside India.

Keep in mind, the determination of your company’s POEM will primarily be based on the fact whether your company is classified as an ABOI company or not. The test would be examined on a case-by-case basis, so understanding the tax matter of setting up a company incorporated outside India as well as the POEM rule to identify the company’s tax residence is a matter of vital significance.

It is also advisable that Indian enterprises intending to expand their business abroad should also prepare good tax planning before moving.

Feel free to contact us if you need more information about our offshore company registration services!