Why Doing Business In Vietnam: Benefits vs Challenges

Vietnam is attracting more investors thanks to its fast-growing market, especially a friendly business destination with great investment incentives. Both pros and cons of doing business in Vietnam will be well clarified in this below article. Find out with us! 1. An overview of Vietnam business environment

Vietnam used to be a low middle-income country until the country got its social and economic achievements after the 1986 Renovation and a series of participation in international organizations like ASEAN. Throughout the years, you may be impressed by a new Vietnam in terms of the business environment. It is now an attractive investment location and promised land for foreigners starting a business in Vietnam.

Vietnam has witnessed an ever-growing increase in its performance for developments. Below are some key highlights to help you visualize the Vietnam business environment in recent years:

In recent years, Vietnam business trends are highly focusing on the private sector, together with the open business environment to attract foreign investors into the Vietnamese market. The country has also affirmed its position as a strong base for IT and manufacturing sectors thanks to its competitive and reasonable labor costs.

In what follows, we will delve into a better understanding for the benefits of doing business in Vietnam upon various aspects!

2. Advantages of doing business in Vietnam

Vietnam is located in the center of ASEAN and is one of the most prospective economies in Southeast Asia. The country shares its boundaries with the Pacific Ocean, Gulf of Thailand, Laos, Cambodia and China, providing Vietnam with favorable conditions for international shipping and trading.

Interestingly, most investors eye the Vietnamese market as one of the largest beneficiaries of the shift in supply chains from the “giant” China.

Vietnam is located close to the manufacturing hub of southern China, which is one of the world’s largest economies and most influential trading hubs. Thanks to this proximi­ty, Vietnam also becomes an attractive investment location for foreign investors finding ways to penetrate the Vietnam market but also directly access the supply chains from China. Vietnam is a dynamic and emerging market with great potential!

Looking into statistics, Vietnam’s GDP has steadily increased over recent years, ranging from 6.2% in 2016 to 7.02% in 2019 (Source: The World Bank). This impressive expansion rate ­has made Vietnam relatively stand-out among the fastest-growing economies in Asia.

Vietnam’s inflation rate remained stable at 2.79% in 2019, a good performance for stabilizing market prices compared to its targeted level of 4% on-year. From a centralized to a market-oriented economy, the country’s purchasing power is currently based on over 97 million population which takes up the world’s fifteenth ranking.

Vietnam is one of the top countries in terms of growth prospects. The opportunities for its economy boosts seem to not fade away. In particular, the EVFTA and the EVIPA signed in June 2019 is expected to bring positive values for Vietnam’s emerging market itself as well as foreign investments in the upcoming time.

The cost of starting a business in Vietnam can be a matter of concern to most foreign investors. Among key cost-related factors, it is good to know that Vietnam offers a fairly low labor cost!

Vietnam is structured with a young population and potential workforce. Remarkably, the country’s average wage cost is much more competitive than those of neighboring countries like China. Statista estimates that manufacturing labor costs per hour in China can increase to US$6.5 in 2020, meanwhile those are only around US$3 in Vietnam.

In the context of the recent China – US trade tension, a large number of foreign manufacturers are likely to seek another option of the market, which obviously paves the way for Vietnam spot on. In parallel with Vietnam’s significant efforts to improve its economic growth throughout the years, considerable improvements in its legal and institutional framework have been witnessed as well.

Vietnam’s regulatory system is appreciated by its open business environment, transparent investment policies, together with favorable profit-based incentives for enterprises.

For example, Enterprise Law and Investment Law of 2014 are fundamental laws that govern the incorporation and operation of companies in Vietnam. These laws have standardized individuals’ carte blanche to do business in permitted business areas as well as reduce a broad array of administrative hassle to enterprises.

The private and FDI sectors, among others, have been granted preferable conditions while doing business in Vietnam by virtue of these laws.

Improvements for Vietnam's regulatory regime in relation to its business and investment environment have contributed significantly to Vietnam ranking in the international era. Strikingly, the country was ranked 70th among 190 economies in the World Bank’s Doing Business 2020 report.

Vietnam’s National Assembly recently passed the Investment Law and Enterprises Law (Amendment), which will come into force on January 1, 2021. Such further updates and changes in respective laws are expected to make doing business in Vietnam less burdensome and benefit foreign enterprises investing in Vietnam.

The table below helps you clarify some basis taxes in Vietnam that will impact most business operations and investments in this country:

Vietnam offers a variety of tax benefits for entities doing business in its country. New investment projects can enjoy tax incentives based on the sector, location and size of the project conducted. Business expansion projects meeting specific conditions as per Vietnam regulations can also be granted CIT incentives.

Further details on Vietnam Tax Incentives can be found in our related blog here. To speed up the country’s integration into the global economy, Vietnam has been actively entering into a range of free trade agreements, both collective and bilateral agreements. Currently, Vietnam has built diplomatic relations with nearly 190 worldwide countries and signed around 15 FTAs with key trade partners!

Below are some typical Vietnam’s trade pacts:

3. Challenges of starting a business in Vietnam It should be noted that Vietnam applies a standard corporate income tax rate of 20% on most corporate entities, but on some specific business categories, the imposed tax rate is fairly high.

Pursuant to Article 10, Law on Corporate Income Tax No. 14/2008/QH12, companies with the operation in the exploration and mining of oil, gas and other related precious natural resources industries must be subject to corporate tax rate ranging between 32% and 50%, depending on the location and circumstances of the projects.

Investors should be ready to deal with a set of requirements for setting up a company in Vietnam. The paid-up capital requirement is a typical example. Normally, the standard paid-up capital for your investment in Vietnam should be at least USD 10,000. And depending on the type of business that you decide to invest in. this amount can be lower or higher.

Licensing procedure may be a challenge for foreign investments engaging in some conditional sector activities as regulated in Appendix 4 of Law on Investment No. 67/2014/QH13. Particularly, you may be required to submit more additional documents like the certificate of business qualification, professional liability insurance, etc.

Foreign currency capital for indirect investment in Vietnam is required to exchange into VND, the official currency in Vietnam. What’s more, transactions relating to offerings, payments, quotations, advertisements and other forms alike should be done in the Vietnamese currency as well.

However, the inflow of foreign currency into Vietnam is to date open with minimum restrictions. Similarly, transferring foreign currency overseas has also been considerably made less severe. If you are a foreign investor or foreigner residing in Vietnam for employment purposes, then you are allowed to transfer your gains abroad provided that you have completed all related finance liabilities to the government of Vietnam.

Vietnam is now one of the most prospective markets among ASEAN countries. There have been great achievements in terms of the country’s GDP growth, regulatory system and tax-friendly policies in Vietnam to attract large flows of foreign investment.

Doing business in Vietnam is opening doors of opportunities for foreign investors in different sectors, especially after the huge impacts from the US-China trade war which has led to new waves of investment in the global era.

Feel free to talk to BBCIncorp if you need more information about Doing your business in Vietnam! 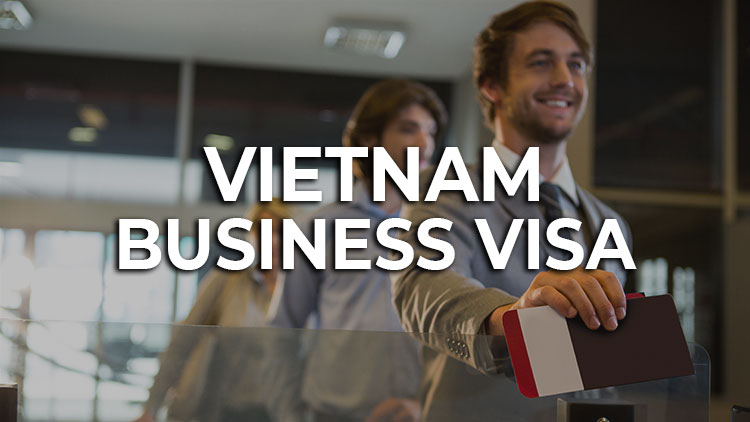 This article provides the latest information about the cost, requirements, and ways to apply for a Vietnam business visa that foreigners should know. 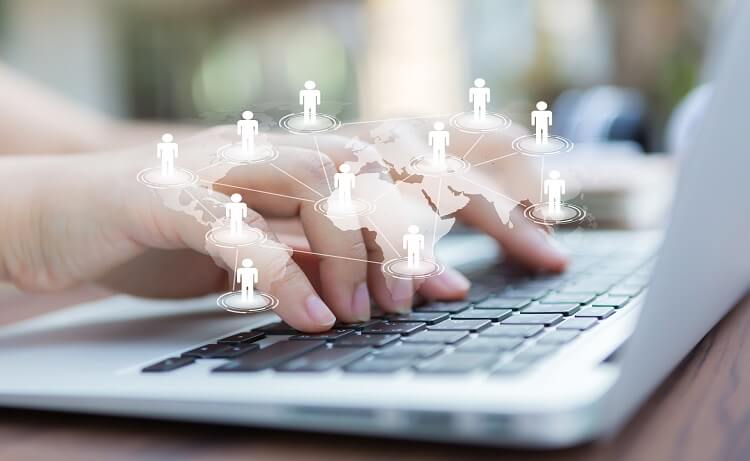 Vietnam virtual office is an emerging trend for business people investing in Vietnam in recent years. Learn more on how it differs from a traditional physical office! 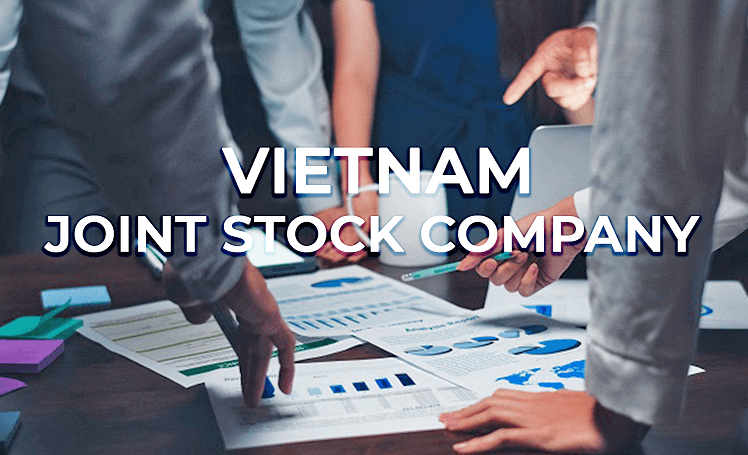 A joint stock company in Vietnam is the only business form allowed to issue shares. Find out key features of this type and how it is different from an LLC in Vietnam! 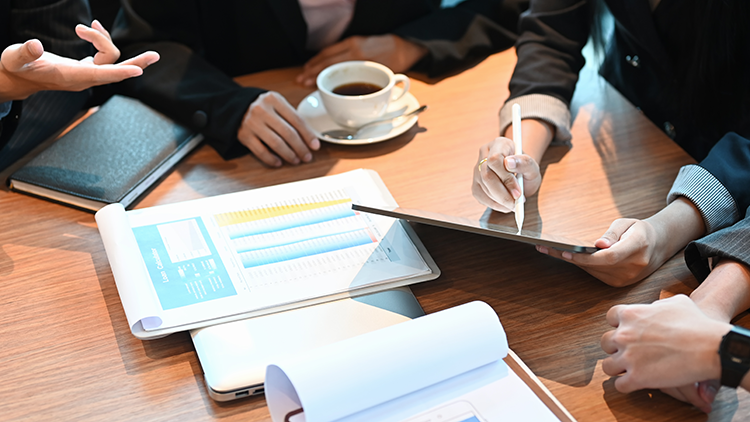 2021 Update: How to Start A Business in Vietnam as A Foreigner

2021 Update: How to Start A Business in Vietnam as A Foreigner

Below is a useful guide to how to start a business in Vietnam as a foreigner. Key highlights include business restrictions, needed documents, and associated costs. 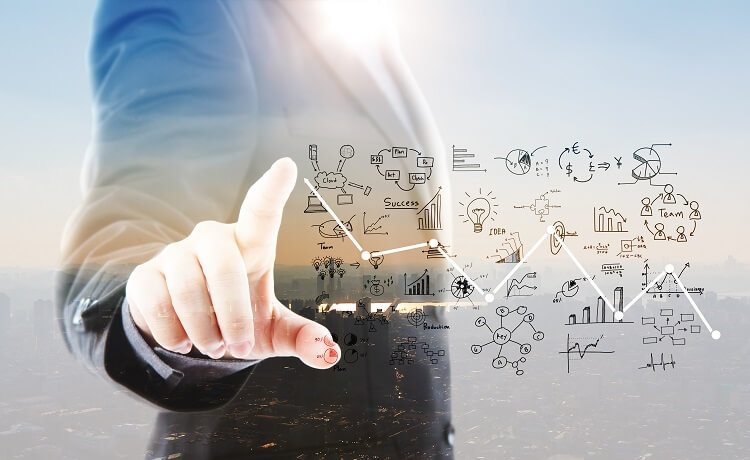 How to set up a company in Vietnam is a matter of concern to many foreign investors. This article will guide key information about the legal procedure for starting your business! 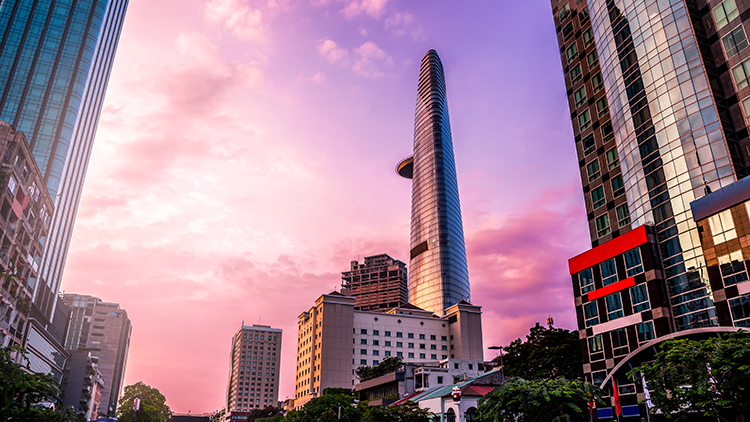 Vietnam Business Culture: What You Need To Know

Vietnam Business Culture: What You Need To Know

Knowing Vietnam business culture can contribute greatly to the success of your doing business with Vietnamese partners. Let’s explore key highlights of this culture! 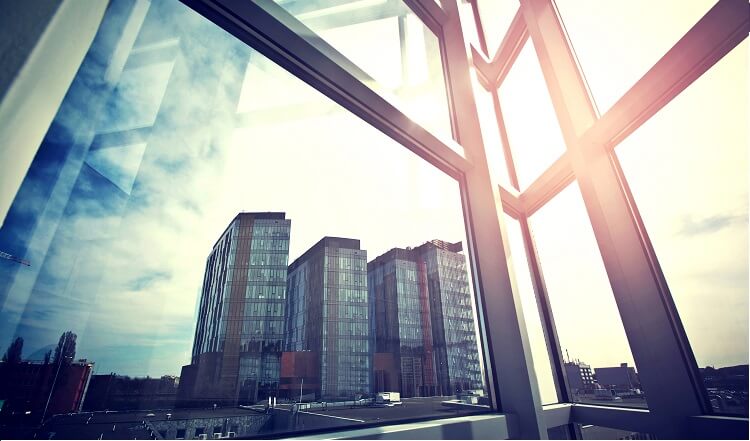 A General Guide to Limited Liability Company In Vietnam

A General Guide to Limited Liability Company In Vietnam

A limited liability company in Vietnam is considered to be the most popular type of business entity in Vietnam. Below are key highlights of this business structure! 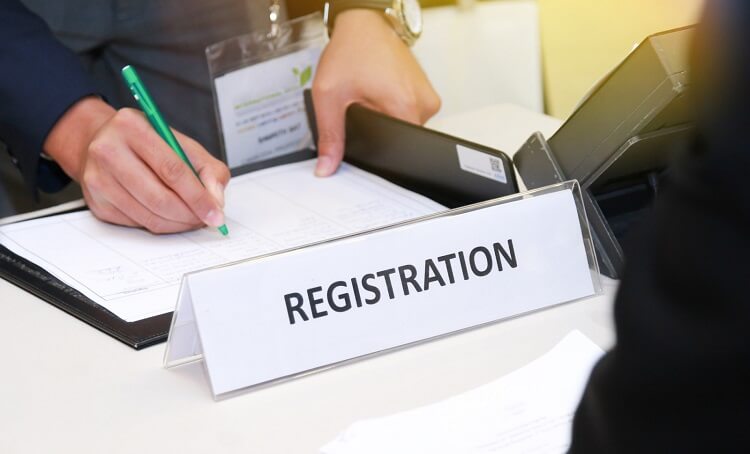 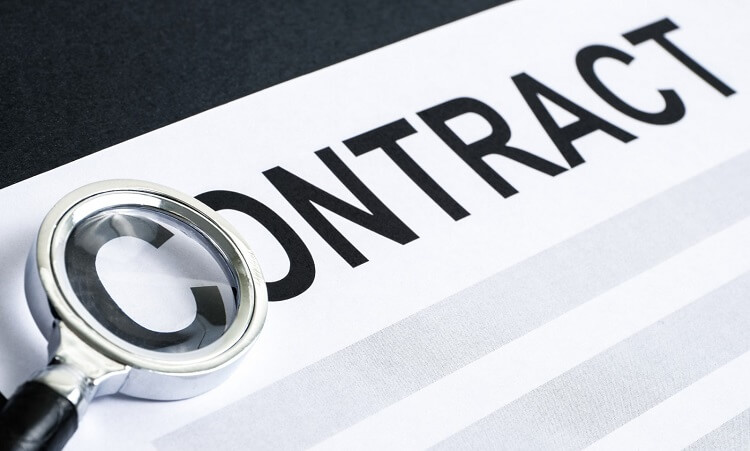 Guide to Hiring: Basic Terms of Employment Contract in Vietnam

Guide to Hiring: Basic Terms of Employment Contract in Vietnam

Details on parties, obligation, working hours, wages (higher than minimum wage in Vietnam) and other benefits must be included in an employment contract in Vietnam 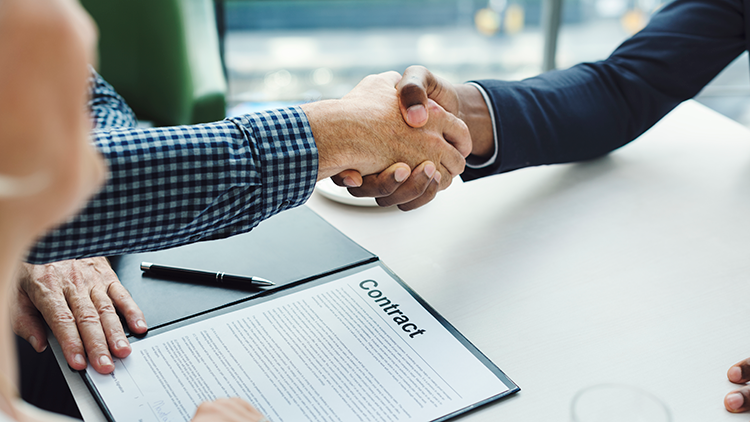 Vietnam Foreign Contractor Tax: What Is It and How to Pay?

Vietnam Foreign Contractor Tax: What Is It and How to Pay?

Foreign business entities doing business in Vietnam are subject to foreign contractor tax. In some cases, this tax can be seen as withholding tax in Vietnam. 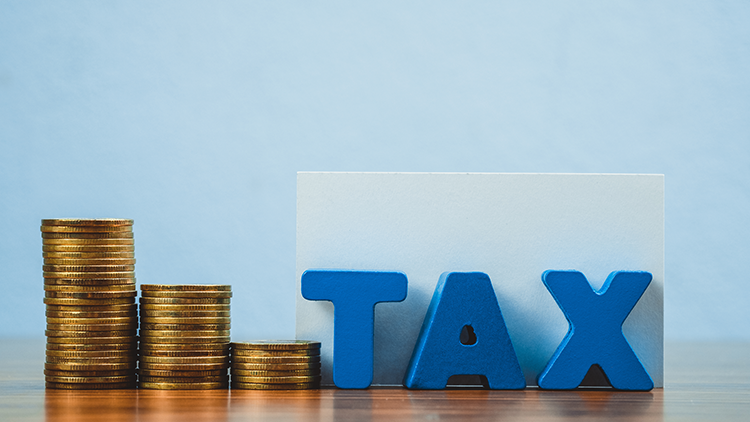 Vietnam VAT: What You Need to Know

Vietnam VAT: What You Need to Know

Almost all businesses in Vietnam need to register for VAT. There are 3 rates for different types of products and 2 methods to calculate Vietnam value added tax. 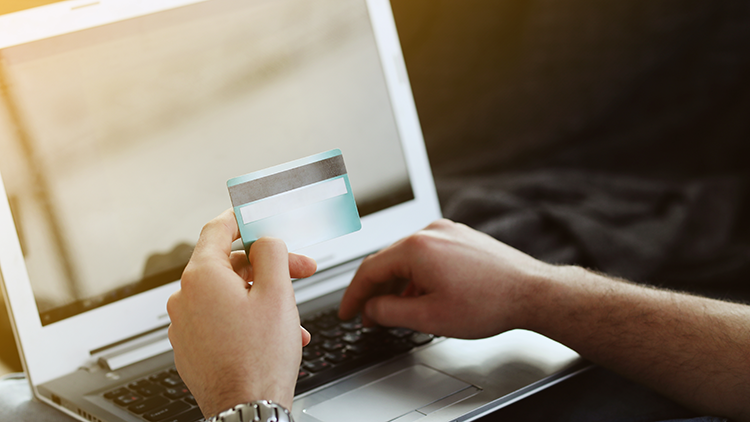