Articles
Tax & Compliance
How to Qualify for Audit Exemption in Singapore

How to Qualify for Audit Exemption in Singapore 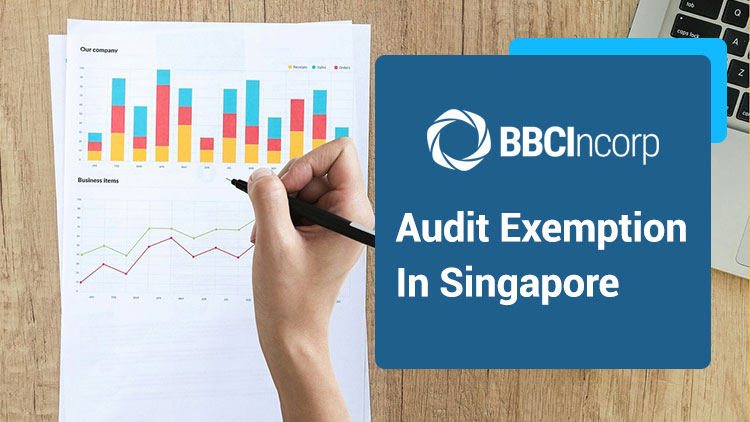 Ask any business owner for their “top 10 most annoying things”, chances are auditing is one of them. It is one of the most basic compliance requirements that every company in Singapore needs to follow.

The good news is that in Singapore audit exemption is a norm, which sure has lent a touch of commercial appeal to this small island.

So if you are intending to embark on a new business venture here, you should see to it if you are qualified for this significant privilege.

1. The Birth of Audit Exemption in Singapore

Perhaps you are not aware of this but before the Companies Act was amended, only Exempt Private Company is qualified for an audit exemption in Singapore. This type of company can be roughly defined as a private company that has no more than 20 shareholders, none of whom is a corporate body.

Other business entities regardless of their sizes and scope of activities are required to have their accounts audited at least once a year, not to mention other filing requirements such as the submission of financial statements.

From the perspective of these ineligible companies, especially those that live on a below-average amount of income, financial audits can be a ball and chain that is extremely costly and, in some cases, adds no value to their shareholders.

It was not until 2014 that the Amendment took hold and gave birth to the concept of “small company”, thereby allowing these small-scale businesses to lighten the heavy load of regulatory compliances that they used to bear.

2. Requirements for Audit Exemption in Singapore

Without further ado, your company is deemed a “small company” and is entitled to audit exemption in Singapore if it is a private company and manages to fulfill 2 out of the following 3 quantitative criteria:

For all that, at least once a fiscal year, you are still obliged to lodge the financial statement with ACRA as this record serves as the foundation upon which your tax return is computed.

If your company is a constituent – i.e. either a subsidiary or a holding company, of a bigger whole, then it is considered a part of a group company.

Under the Inland Revenue and Authority of Singapore, the facts and figures of the entire group of companies would be the basis on which each of its subsets is appraised as to whether or not they are qualified for audit exemption.

2. Audit Exemption Requirements for a Group of Companies in Singapore

A holding company and all of its subsidiaries, when taken together, constitute a group where they are all ruled over by the same source of control.

Your company, as a mere constituent of a larger group company, can be qualified for the audit exemption in Singapore provided that it is (1) a “small company” per se, and is (2) a subset of a “small group”.

An entire group is referred to as a “small group” as long as for the preceding two fiscal years it has satisfied 2 out of the 3 the following qualifying criteria:

In light of everything we have discussed until now, does it point to the fact that an independent company and a group of companies are all evaluated by the same set of criteria?

To answer your question, Yes. In order to be considered for an audit exemption in Singapore, an entity, be it an independent company, a subsidiary, a holding company, or a company group, would all be subject to the above-mentioned criteria of a “small company”.

On the flip side of the coin, your company would automatically renounce its privileged status as a “small company” and, as required, employ an independent auditor or an audit firm to have its accounting records audited under any of the following scenarios:

It is clear that companies that have just been incorporated as of late would find it impossible to meet these criteria for the immediate past 2 fiscal years.

In order to address this clear need, a set of transitional provisions has applied, allowing companies incorporated before the amendment took place to obtain the “small company” status and profit from it.

If your company is founded before July 1, 2015, it could still be deemed a “small company” as long as:

To give you a more concrete idea of this transitional provision, the following is the explanation of it:

The same rule applies for new companies incorporated before Jul 2015, that is, a new company can be entitled to “small company” status if it is a private company and satisfies at least 2 above mentioned quantitative criteria in the first or second financial year after the date of its incorporation.

If you have any further questions regarding audit exemption in Singapore, do not hesitate to talk to our consultants by dropping a chat message or sending an email via service@bbcincorp.com