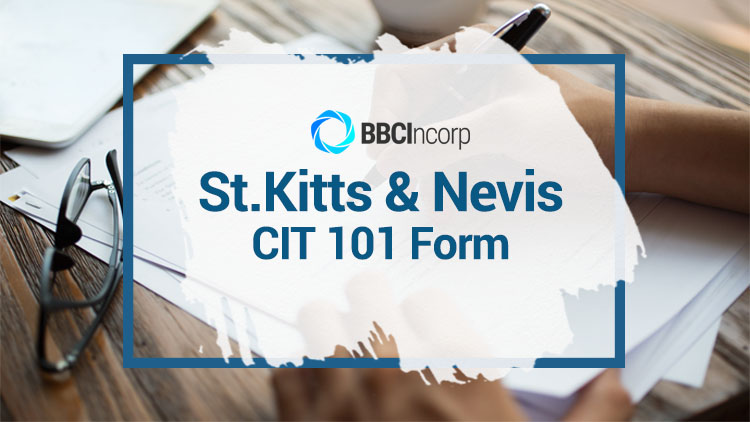 The next question might be what is in the form if my company is exempted from all taxes in SKN. By popping up these kinds of questions, you could miss some recent important updates in tax regimes of the Federation.

Since the inception of OECD forum on harmful tax practices in 1998, over 130 jurisdictions have conjoined the list of participants, including SKN to ensure a fair and transparent tax environment across the globe.

This combined with the placement of SKN in EU’s black list of non-cooperatives jurisdiction in early of 2018 had urged SKN to take immediate actions to comply with international tax governance practices whilst maintained the appealing of its offshore financial service sector.

Later on, in December 31st, 2018 the SKN has announced its first key amendment in NBCO to remove what OECD and EU deemed as preferential tax regime and harmful tax practices in its tax code: An IBC incorporated on or after January 1st, 2019 would be no longer exempted from taxes in SKN regardless of where it carried on its business – inside or outside SKN.

A further supplement change in NBCO at late of 2019 stipulated grandfathering provision for IBCs formed before 2019 to grant an extension of tax exemption until 30th Jun, 2021.

Soon after the release of these amendments was the hanging of a big question of how tax status of an IBC was determined from then on.

In March 2020, the Federation informed their commitment to make a change in the SKN Income Tax Act (ITA) to clarify the definition of tax residency by means of the place of central management and control or permanent of establishment. The commitment was then brought into reality with the passing of the Income Tax (Amendment) Act, 2021 in this March.

Alongside with the crucial tax changes in a short time span was the notable obligation to file CIT 101 form annually, which applied to all IBCs and LLCs since August 2020.

As of now, a tax-resident company in SKN will be taxed on worldwide income. In contrast, non-tax resident will only be subject to SKN taxation on the portion of income arising in the Islands.

How tax residency of an IBC or LLC is decided will be based on its central place of control and management. The main criterion in determining the place of central management is where the company held its Board of Directors (BOD) meeting.

Some other relevant factors in considering the merit and relevancy of BOD meetings entail:

Maintaining proper documentation of meetings, therefore should be of utmost attention to help you demonstrate your location of tax residency with the tax authority.

Having said that, where the central place of control and management falls within other countries, it is possible that an IBC or LLC would still be subject to taxation in SKN should it set up a permanent establishment in the Islands.

The SKN Inland Revenue Department (IRD) will take into consideration the existence of an office, branch, factory, construction project, an agent or representative or some sort of that to justify the presence of a taxable position. Local employees and capital expenditures will also be watched closely by the IRD.

CIT 101 or Simplified tax return is the lightened version of corporate income tax return, in which a corporation has to declare where his company resides for tax purpose.

All IBCs and LLCs irrespective of their tax residency status must complete and file the STR form to the IRD.

Part of the STR form

A non-resident company in SKN will also have to identify if it has “Permanent Establishment” in the Islands. Should it be the case, it has to complete CIT 100 form to identify their taxable income in the SKN.

The company’s director/manager or authorized representatives shall be liable for the form completion and filing before due date.

Should you have any questions regarding CIT 101 form, kindly contact our service department for clarification.

PANAMA: Opening The Door for The Use of Cryptocurrency3 minute read
Paying Your Shareholders: How Dividend Payments Work in Hong Kong?6 minute read
Accounting Tips For An E-commerce Business In Singapore1 minute read