Articles
Understanding the World of Manufacturing: ODM, OEM and OBM

Understanding the World of Manufacturing: ODM, OEM and OBM 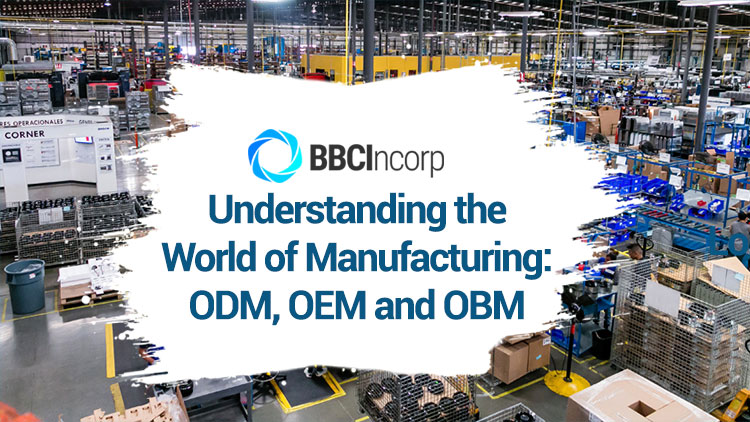 There’s an old adage of warfare that goes “Amateurs talk strategy, professionals talk logistics”. If you apply the same philosophy in business, you’d realize how much weight it still carries.

Keeping your supply chain a well-oiled machine is crucial to growing any business, and a manufacturer is an integral part of such an operation.

Irrespective of where you’re sourcing from, there’s always two types of manufacturers, namely an OEM and an ODM. And alongside them are other more premium variants, such as an OBM and an OSM.

In this article, we’ll be exploring the fundamentals of each model as well as what you can expect when enlisting their services. Knowing the difference will help you make a more informed decision on which one you should go with, and by extension, which you should avoid. 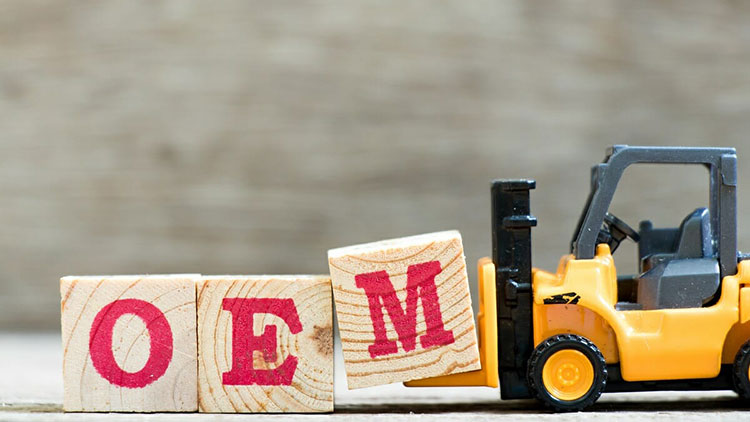 An Original Equipment Manufacturer, or OEM, is essentially the “handyman” of your operation. You provide the ideas and they provide the labour and expertise.

Once you’ve produced a blueprint or preferably a functioning prototype of your product, you can then contract an OEM to begin production.

As such, their customer base mainly consists of already established brands that are already in possession of the designs but need capable hands to handle it. Case in point: Apple, Samsung, Nike, Adidas, etc.

Although most companies would have OEMs handle production completely in-house, some industries tend to diversify their partnership basket.

The automotive industry is a prime example of this. Brands would often contract various OEMs at a time and have them produce a specific component for their cars. This is because the nature of OEMs is that they’re masters at a specific craft rather than a jack of all trades.

And when you’re operating in an industry that manufactures cars that have on average 300,000 moving parts to them, your margin for errors is almost non-existent.

As a customer, you can expect to receive the following perks when using services from an OEM.

An OEM might offer their advice on what part of the production process should be done or how you should optimize it, but they won’t interfere with anything that involves your designs or patents.

This makes it much easier to maintain creative control as opposed to working with an ODM where you might not have much say in the matter as they own the IP.

OEMs have their own network of suppliers that they can buy materials from in large bulks at a lower price, especially if the OEM is in low-cost regions like China. This translates into you getting more competitive prices and increased profit margins.

Obviously, if you allocate production entirely to an OEM and do a one-time payment, then you effectively cut costs on equipment expenditure and maintenance. Not to mention, it safeguards you from potential price increases in material acquisition.

You can actually negotiate a set price per unit for a set amount of time with manufacturers in China which saves you from nasty price spikes.

However, there’s also a possibility that this agreement might not hold in unforeseen circumstances (e.g., sudden chip shortages, wide worker strikes, etc.). Then again, this rarely – if not at all – happens.

Referring to the fact that OEMs are essentially manufacturers for hire, they only manufacture the product with the exact specifications that you give them. In addition, the minimum order quantity requirements will be higher than with ODMs.

Before this, however, there are huge overhead costs associated with product research and development that you have to bear. And it’s not always a guarantee that you’d get a return on investment out of this, ideas tend to sound great on paper until you’ve put them to the test.

Typically, on top of employing an OEM for the creation of your product, a quality inspector should also be put in place. This is because OEMs mostly or if at all check for product defects during production since they act solely upon the design data you’ve given them. 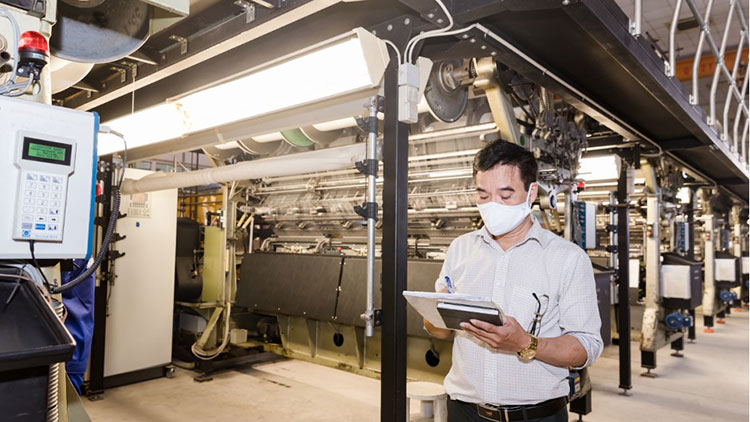 An Original Design Manufacturer (ODM) operates differently from an OEM, as they are their own designers and manufacturers. They operate on the principle of white label manufacturing, which means they lease out ready-made prototypes of their own products to other companies to alter or rebrand for their own purposes.

Business clients can take advantage of this to shave off R&D time and start selling as soon as possible. Another form of ODM manufacturing is private labeling, which means the ODM designs and sells a finished product exclusively to a retailer.

ODMs can save you a lot of money spent on hiring designers, producing prototypes, and conducting market research which on average amounts into the hundreds of thousands.

Coming to an ODM means you get access not only to their finished products but also the expertise and engineering prowess involved in making them. Plus, the minimum order quantity will be less compared with OEMs.

Another tangential benefit to an ODM’s one-stop business model is that you don’t have to worry about acquiring licenses or subjecting your products through extensive vettings. All have been done by the ODM a long time ago before they set the products up for sale.

This is especially useful if you plan to sell electronics as there are all kinds of certifications you have to go through before the products can make it to the market.

Most ODMs on the market right now have already been contacted by industry giants like Alibaba and Amazon. This means there’s a high chance you get to work with the same ODMs that have had extensive experience dealing with a wide variety of products.

Don’t expect going to an ODM and getting a unique product right off the bat, what you see is what you get. Not to say there aren’t any ODM out there that can offer more customization but they’re generally harder to find without a sourcing agent.

Although private labeling can be used to counteract this, this would also mean that the client has to conduct their own research which entails additional investments. As such, there’s only a handful of products that this might work with, namely cosmetics, conventional household items, etc.

This might come as a shocking revelation to some people but ODMs are also businesses, and businesses compete with each other. Once you’ve given them the idea of how to improve on a certain product, there’s really no guarantee that they won’t just produce it without you.

Furthermore, you can’t really opt for any legal protection in such a case because chances are your ideas aren’t substantially unique enough to qualify as a patent. Even if you try to go for a non-competitive agreement, it rarely carries much weight in foreign judiciaries.

But there’s a silver lining in how much you choose to disclose with your manufacturers.

For example, you’d like to produce a mask with certain alterations to make it stand out, you can just use a product similar to what you’re describing. This way the secrets are kept and you also get to know if the manufacturer agrees to make it for you.

All ODMs and OEMs ultimately aim for the final stage of evolution – to become an OBM. This type of manufacturer typically produces high-end or very niche products that demand high expertise.

Essentially, they are the one-all-be-all manufacturer that owns the design, manufacturing process, and of course do their own marketing for their brand.

Just to name a few, Giant and Merida is a popular company that sells Own Brand bikes. What most people don’t usually know is that they used to be an OEM.

Years of working with the industry’s professionals have definitely influenced them to perfect their own design patterns. Fast forward to 70 years later and they’re now considered powerhouses in producing bike frames for names like Trek, Cannondale, Cervélo, Scott.

4. Where can you find them?

The most conventional way to find either of these manufacturers is through sourcing agents as they’re the ones that have the connections and the experience. Instead of toiling to find just a few manufacturers, you can leave that to the professionals and focus on growing your business instead.

Alternatively, you can also look on B2B sites that list these manufacturers in clear details and performance track records.

Amazon is a good example of this, they have a dedicated “Solution Provider” section that houses some of the most popular OEMs and ODMs. A good amount of which have personally been involved in the production of some of Amazon’s iconic Alexa products.

But if direct contact is what you’re looking for and you happen to be in the same area as your ODMs and OEMS, it’s better to just visit trade fairs or wholesale markets. These are where industries’s finests often gather to prospect or to showcase their products/technologies.

Meeting the manufacturers directly will not only mean better communication but also reduce the odds of being scammed by a middleman. You might even turn an eventful meeting into a long-term business relationship!

In conclusion, deciding between an OEM and an ODM should come after you’ve established what you want out of it for your business.

Are you looking to play it safe selling evergreen products? In this case it might be better to go with an ODM. You get veteran hands on the job without paying premium prices, the product you sell has already been field-tested and deemed commercially viable, and you save months of doing research. All of this at the cost of not owning the IP and little say in how they make your product.

OEMs are more straightforward to work with but you have to do some legwork before approaching them. They also take longer to make your products and you might have to put extra effort into quality control. But switching to a new OEM is also easier since you own the IP.

Put into perspective these variables against your own vision for the business before deciding.