Three Countries Added To The List Of Non-cooperative Tax Jurisdictions 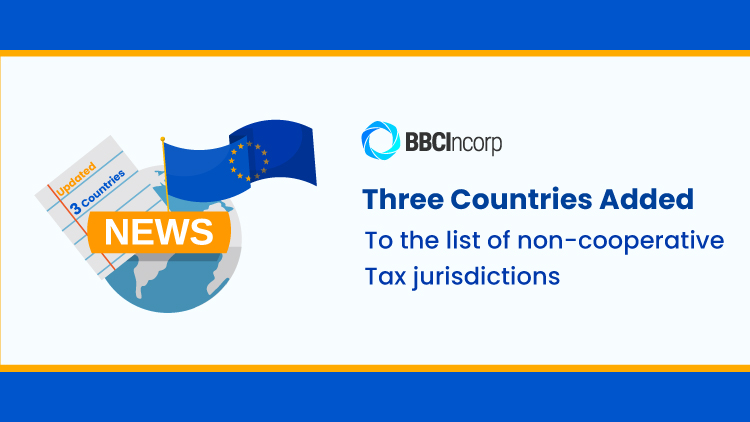 Following the review in October, the EU Council reached conclusions on the updated list of non-cooperative tax jurisdictions (Annex I), which included the following countries:

These countries have not engaged in a constructive dialogue with the EU on tax governance and failed to implement the necessary reforms to meet the following standards:

Three more countries are added to the list including:

Reasons for including Anguilla, the Bahamas, and the Turks and Caicos Islands

The main reason for including these three jurisdictions, which all have zero or nominal corporate income tax rates, is that they attract profits without complying with economic substance (criterion 2.2 of the EU list).

They failed to adequately address a number of OECD Forum on Harmful Tax Practices (FHTP) recommendations related to the enforcement of economic substance requirements, which they committed to earlier this year.

Besides the list of non-cooperative tax jurisdictions, the EU Council published the state of play document (Annex II) – the so-called “grey list”, setting out countries that are adopting good governance principles and are considered cooperative by the EU.

If these countries can fulfill their commitment to EU standards by the agreed deadline, they could be removed from the state of play document.

The country complied with the OECD FHTP recommendations on economic substance requirements and thus, has been removed from the state of play document.

By completing its commitment to the country-by-country reporting minimum standard (BEPS Action 13), Tunisia has been deleted from the relevant section in Annex II.

The country followed through on its promise to change its Special Economic Zones regime, which the FHTP deemed harmful.

Costa Rica will have until December 31, 2022, to fully implement its commitment.

The two countries have committed to eliminating and revising their preferential tax regimes by December 31, 2023.