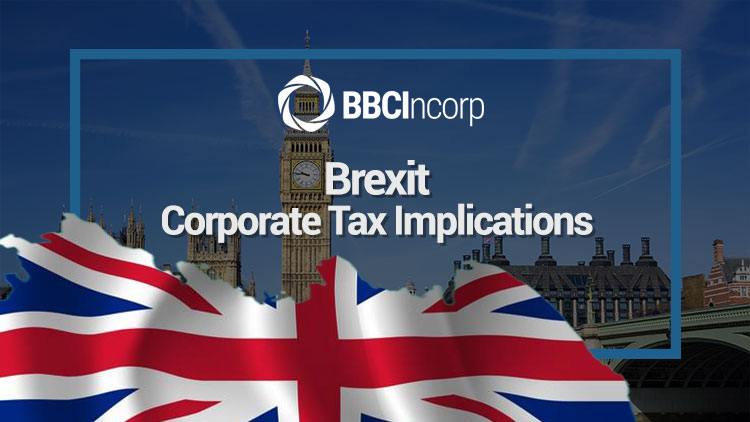 The majority of 2020 was a transition period between the UK and European Union, in which the EU laws still apply to the UK. Therefore, nothing changed for most aspects of businesses. But the UK’s departure officially came into force from January 2021 onwards. This means businesses will receive several impacts, including implications and compliance for taxation, especially corporate tax following Brexit.

‘Brexit’ is a contraction of ‘British exit’, which defines the UK’s departure from the European Union.

One of Brexit’s significant impacts is the UK’s new status as a third country, or non-EU country, and the release from all obligations under EU legislation. 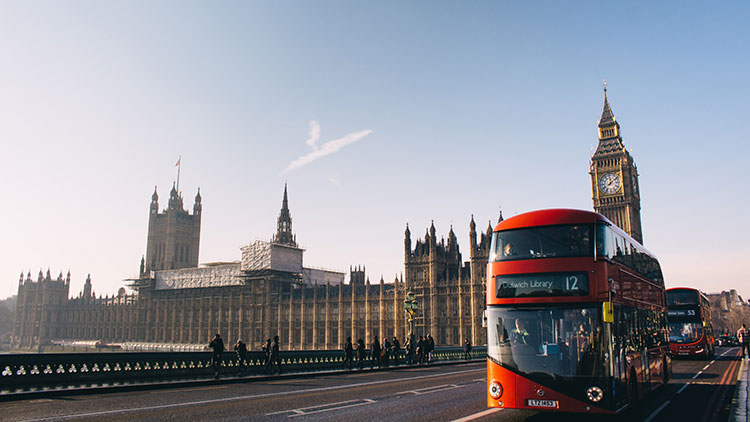 Consequently, companies incorporated in the UK are not covered by Article 54 under the Treaty on the Functioning of the European Union.

This means EU Member States do not need to recognize the legal personality (and limited liability) of those UK companies incorporated within the Member State.

Following Brexit, new laws are applied to sales between the UK and the EU. This change might have an impact on your tax processes if you are one of the following:

Post-Brexit also results in the loss of EU fundamental freedoms and taxation directives with respect to the UK, which leads to additional tax costs for businesses and individuals.

Along with new fundamentals and directives, needed adaptation and additional paperwork are also rising for business owners.

The following section will highlight some of the changes in UK taxation that commonly arise in the post-Brexit period.

Although the UK corporation tax rate remains unchanged at 19%, UK businesses still suffer from other fundamental changes in terms of taxation. Hereafter, we have captured some of the most relevant items for you to consider. 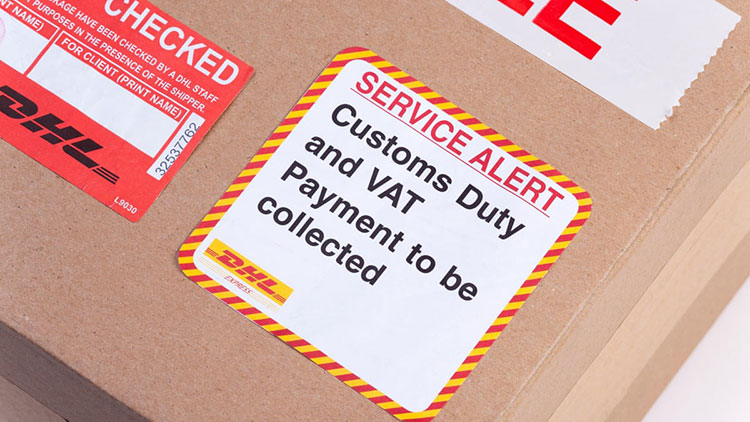 As most of the indirect taxes are EU-based, they are generally more influenced by Brexit than direct taxes.

Below are indirect taxes that need to be considered by business owners.

After Brexit, the UK is no longer part of the EU VAT area. With a customs border between the EU and the UK, moving goods is considered importing and exporting.

For most goods and services, the VAT standard rate is at 20%.

Businesses that import goods into the UK can implement a method called postponed VAT accounting.

This system aims to delay the payment of import VAT to avoid a negative impact on the business’s cash flow.

Before Brexit, commercial goods over £135 imported to the UK would be held at customs until the import VAT is paid. With the postponed VAT accounting, businesses do not pay the VAT immediately but record the import VAT on their VAT Return.

Companies using this method need to declare that they postpone the VAT on customs clearance paperwork, and include the VAT registration number (VRN).

For purchasing services, rather than goods cross-border, things are similar to before Brexit.

Under the place of supply rules, business to business (B2B) transactions of services are subject to tax in the country of the customer and administered through reverse charge, with some exceptions.

Business to consumer (B2C) transactions are subject to tax in the country of the seller, also with some exceptions.

The VAT situation has changed for exporting. Exports to EU countries are similar to non-EU countries, meaning they should be zero-rated for UK VAT.

A zero percent VAT rate is applied. No VAT is payable but businesses still have to include the exports as part of VAT accounting.

Following Brexit, the UK introduced additional measures for overseas goods arriving from outside the UK.

One of the most impactful factors related to imports of goods equal to or less than £135, the new rules are as follows:

• Low-Value Consignment Relief has been eliminated. Previously, imports with a value below £15 are exempted from import VAT.

• VAT on imports with a consignment value equal to or less than £135 has VAT applied at the point of sale, rather than applied as import VAT at customs.

To gain more insights into the e-commerce VAT changes for a UK Limited Liability Company, simply read our article!

All trade between the UK and the EU is subject to customs duties.

Fortunately, the UK secured a trade deal to continue custom-free trade with EU neighbors (the TCA).

For custom-free trading, UK companies need to comply with ‘preferential treatment’ under the TCA.

Preferential treatment means there won’t be any customs duties between the UK and EU, under conditions of ‘rules of origin’.

Rules of origin mean businesses should demonstrate where their goods were made to determine whether tariffs are levied on goods into the EU or UK.

If you can’t prove the origin of your goods, you will pay standard tariffs imposed by the UK Global Tariff and EU Common Customs Tariff respectively.

Businesses must also apply for an Economic Operator Registration and Identification number (EORI) to continue trading within the EU continent.

UK businesses could face customs burdens selling to certain EU countries. The impact will depend on the company’s sector, and vary from product to product.

Unlike indirect taxes, direct taxes are outside the competence of the EU, but this does not mean that there are no significant consequences. 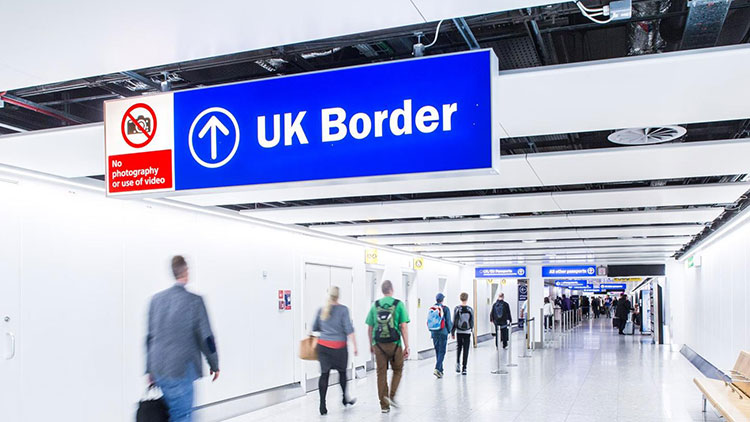 The key change is that the UK is no longer a qualifying jurisdiction in the context of EU directives.

Any cross-border distributions of dividends with EU companies are now subject to withholding tax (WHT).

For example, payments from an Italian branch to a UK parent establishment, which previously relied on the PSD to be exempted from withholding tax, may now suffer withholding at 5/15%.

The payments of annual interest and royalties from companies located in the EU will be subjected to withholding tax starting from 1 June 2021.

This will potentially cause both UK and EU businesses to account for WHT on the payments made.

Capital gains tax will be applied on certain cross-border mergers, divisions, transfers of assets, and exchanges of shares between companies between UK and EU companies.

Apart from paying taxes, there are other things to consider when forming a business in the UK, so it’s worth taking a look at other articles for more information!

UK businesses have experienced several changes to the corporate reporting regime after Brexit. 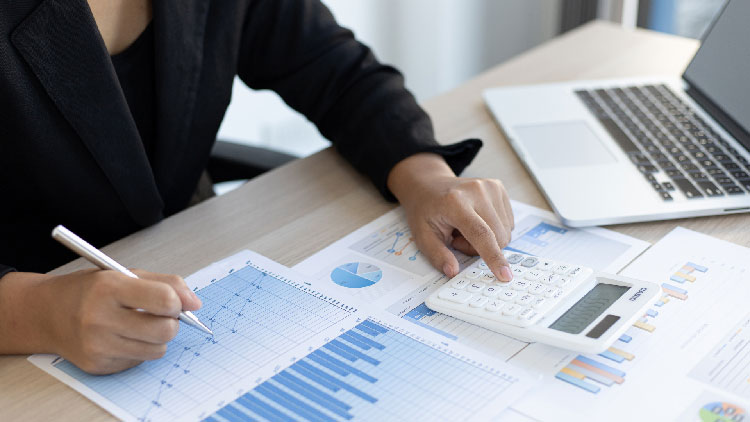 However, after Brexit, all UK companies need to adapt to the UK-adopted International Financial Accounting Standards (UK IAS) instead of EU IAS from January 2021 onwards.

Both UK and EU standards are generally the same, but differences can occur later if the UK and the EU take different approaches to future amendments.

UK parent establishments with a presence in the European Economic Area (EEA) (e.g. a branch) need to check the reporting requirements in the relevant EEA country.

Your company will produce accounts in regards to the UK Companies Act 2006 for domestic filing purposes. It also has to comply with regulatory requirements in the jurisdictions where it is listed.

Moreover, your company needs to publish accounts using EU-adopted IAS as issued by the International Accounting Standards Board (IASB).

3.3. UK subsidiary with an EEA-registered parent

As much as Brexit represents a critical shift in EU-UK corporate tax implications, it also poses a significant impact on corporate law. You should be aware of these changes to avoid trouble. 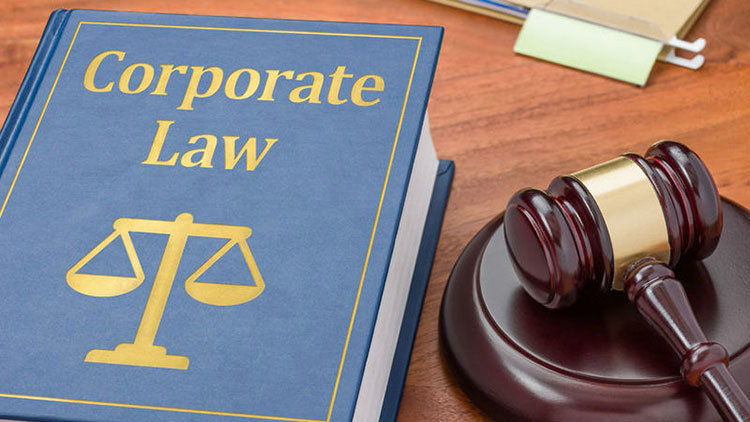 These changes normally affect businesses that have a cross-border relationship with the EU, including

The following companies must file additional information to Companies House:

An EEA company with a registered UK establishment also needs to disclose additional information such as website, letterhead, and order forms.

Since the UK has become a “third country” for EU law purposes, it loses the right to freedom of establishment within the EU. Therefore, UK businesses can only establish themselves within the relevant law regime of each Member State.

UK companies operating in the EU need to restructure to comply with legal requirements in the relevant EU Member States.

4.3. Appointment of a fiscal representative

UK companies operating in the EU need to register for EU VAT and appoint fiscal representatives in accordance with the requirements of the countries where they sell.

Fiscal representatives are local companies or persons who represent your business in dealing with the local tax authorities regarding tax reporting and VAT debts.

In some EU member states, it is a must for UK companies to have a fiscal representative. Companies failing to do so will receive punishment from local tax authorities.

EORI is a tracking ID number for customs authorizations, approvals, and decisions.

Previously, your EORI can be used in both the UK and the EU. However, after Brexit, you need a separate UK and EU EORI number.

You should consult with local tax authorities to know whether you need a new EORI number.

Incorporate your business in the UK post-Brexit

Despite all the changes, the UK remains one of the most ideal business destinations for entrepreneurs. If you are looking to incorporate your business in the UK, get in touch with one of our friendly consultants for more practical advice.

Feel free to drop us a message at service@bbcincorp.com