Understanding The Main Role Of Company Director In The UK 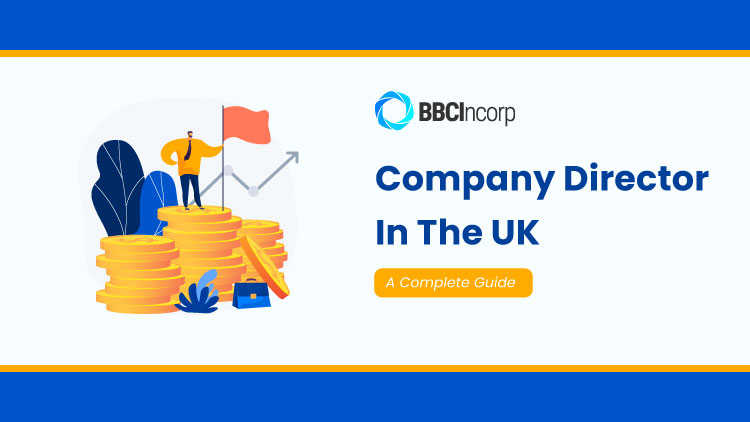 We’ve all had the notion that CEOs or other C-Suite executives are actively involved in running their own company; that means they do everything from business charting to day-to-day administration.

But entrepreneurial vigor can get in the way of making sound business decisions, which is why most companies have a board of directors to run the company with impartial eyes.

If you’re looking to start a business in the UK then knowing the role of a company director is crucial whether you plan to become one yourself or hire someone for the role.

What is a company director and who can be one in the UK?

What is a company director?

All companies in the UK must have at least one director. Information such as the names of directors and personal information is available publicly and anyone can view it from Companies House.

The legal responsibility of directors is to run the company and ensure that company accounts and reports are properly prepared.

Who is eligible to be a company director?

To be qualified to be a company director, an individual must:

Although the minimum age requirement is 16, it is not recommended to appoint an individual who is under 18 to be a company director. The reason behind this is in the UK, an individual is only legally recognized as an adult once they reach their 18th birthday. As such, any contracts signed by a director at the age of 18 could be challenged.

It is not required that directors have to live in the UK. However, companies must have a UK-registered office address.

Role of a company director in the UK

As a director of a limited company, the responsibilities include, but are not limited to, the following points:

Bear in mind that hiring an accountant to help you with managing day-to-day tasks but you are still the one that is legally responsible for the company’s records, accounts, and performance.

Also, the company director must be responsible for sending information correctly and on time to the government. The information required is:
confirmation statement

Besides, they also have other general duties as a company director. As a director, an individual must perform a set of 7 duties under the Companies Act 2006.

It is the requirement to follow the company’s constitution and articles of association. These are written rules about running the company that is agreed upon by the members, directors, and the company secretary. The constitution states clearly that as a director, what powers you’re granted and the purpose of those powers.

Promote the success of the company

A company director must act in the company’s best interests to promote its success. Things that must be considered are:
consequences of decisions, long-term and short-term

In the case that your company becomes insolvent, the responsibilities of a director will apply towards the creditors, whose money is owed by the company, rather than the company.

Independent judgment is imperative and the director must not allow their power to be influenced in any way. Advice is acceptable but the final decisions must be made by the company director(s) with their own independent judgment.

The best of a company director’s ability is a must. A company director must use any relevant knowledge, skill, expertise, or experience to foster the growth of the company.

Keep in mind that this role of company director continues even if you are no longer appointed as one. As such, any property, information, or opportunity you became aware of as a director MUST NOT be taken advantage of.

Benefits from a third party that is offered to you as a company director are unacceptable. You may be allowed to accept benefits like reasonable corporate hospitality if there’s no conflict of interest.

Interests in a transaction

A director must inform the other directors and members if he or she might benefit personally from any transaction or arrangement that the company makes.

Consequences of breaching your directorial duties

Naturally, a director has to foremost act in the best interest of the company. But those that commit fiduciary misconduct for personal gain, shareholders can make the following claims against such individuals.

A director with a proven case of misconduct can expect to be removed from the office indefinitely or temporarily depending on the severity of their actions. The removal may come from the board itself or a court of law and is to not be mistaken with resignation.

In the event that a director caused the company to suffer monetary losses as a result of their own negligence, shareholders can appeal to the court for a disgorgement of profits.

If a malfeasant director is pending trial because of a lack of evidence from the shareholders, an interim order can be invoked to temporarily put such an individual on a hiatus to stop further damages.

Directors that have caused a company to take big financial hits because of their malpractice or fiduciary impeachment can be made personally liable for their actions. And as such, can lose their liability protection and are exposed to creditors’ reach.

To accept the mantle of leadership comes with a variety of responsibilities and considerations that might lie beyond your initial perceptions. As such, talking with a professional consultant beforehand about the role of your company director is highly recommended for a non-compromising start.

For those that already have their boards of directors in place, we can help set up your company in the UK in a quick and reliable manner. Feel free to drop us a line at service@bbcincorp.com to get more details on your case.

To register a limited company in the UK, how many directors are required?

At least one and that individual must be at the age of 16 or above.

Can a company director also be a shareholder?

Yes. It is possible to set up and run a business on your own, which makes you the director, and still be the only shareholder.

What director's details can be found in the Public Record?

Are a company director and a shareholder different from each other?

A shareholder owns part of a company or all of it as a whole. Directors are chosen and appointed by shareholders to run the business and manage and supervise the operation and financial aspects.

What is a Corporate Director?

A corporate director refers to a company, firm, or any other kind of corporate body that is appointed as the director of another company.

Is a Corporate Director different from a Company Secretary?

Yes. The responsibilities of a company director are quite significant and it might be a burden. As such, many directors appoint a company secretary to assist them, helping reduce the workload to a manageable level.

Almost every responsibility and duty of a director can be delegated to a company secretary. However, legal liability for those still falls on directors’ shoulders.