Hong Kong Tax Haven: What Can Be Revealed? 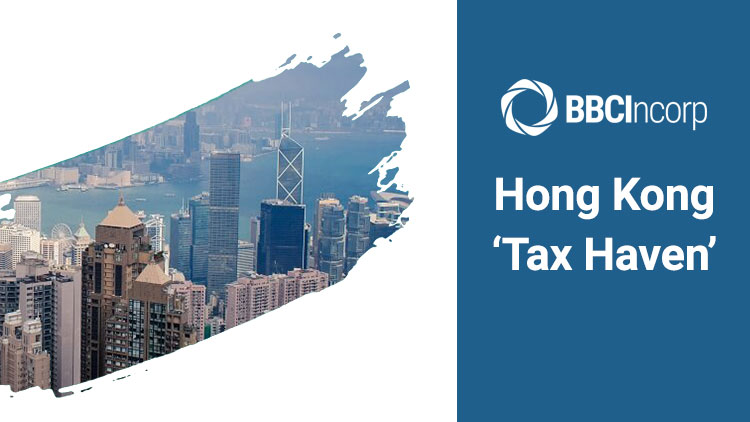 Why is Hong Kong a tax haven? In this article, we shed light on some interesting facts about Hong Kong and help you better understand why it is deemed as a tax haven.

In the past, you’d be hard-pressed to find a single article on offshore companies that actually portrayed it in a positive light. But things always have the tendency to evolve.

Panama, Belize, and St.Vincent are slowly falling out of favor with investors due to stringent regulatory crackdowns, sparking a mass exodus of corporations.

Many of us probably know well about Hong Kong. Its open-trading economy has created great motives for worldwide business players to move, not to mention its territorial tax regime, the force driving this city to be a major domicile for foreign companies.

The emergence of Hong Kong ‘tax haven’ urged foreign wealthy individuals and investors to park their money a lot. Notwithstanding, it is easier said than done.

And while it’s ranked as one of the world’s freest economies, entry into this market is anything but.

The true story behind what you can earn from this world-class city is a series of intricacies in terms of the offshore claim process that foreign investors have to deal with.

Particularly, you need to spend enormous time as well as resources involved with no mercy for a tiny piece of information that goes against you.

A quick explanation for those in need, “offshore claim” is the process by which you prove your source of profits. Simply put, an offshore claim allows your company to be eligible for Hong Kong tax exemption.

Similarly, one foreign individual can look for Hong Kong tax domicile to avoid the extremely high tax rate on his place of citizenship. But to achieve this, he would need to make quite splendid efforts to successfully claim his permanent home in Hong Kong.

To show solid evidence and raise the approval percentage, some paperwork with competent Hong Kong authorities must be carefully examined as well. Those are details of birth, partial upbringing, or his parent’s employment history.

2. What more of Hong Kong beyond a tax haven

There are countless things that can be told about Hong Kong. Rather than consider Hong Kong as a tax haven like the British Virgin Islands, Belize, or Seychelles, it would be more precise if you attach this city to the image of a low tax jurisdiction with a business-friendly environment. 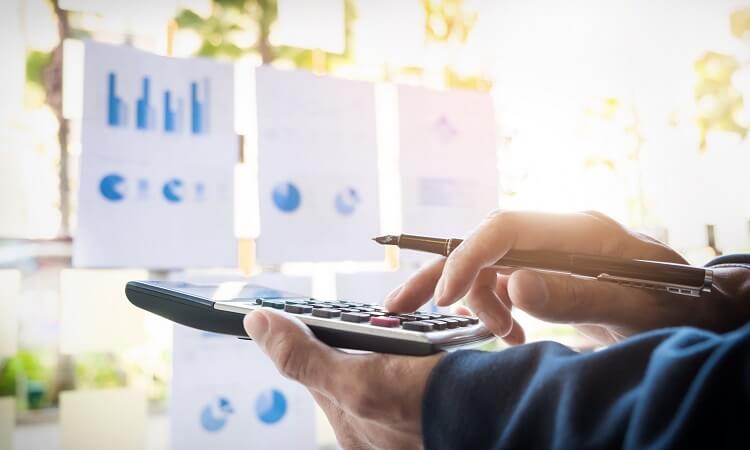 Below are some interesting facts of a Hong Kong more than a tax haven:

Hong Kong stands out among many countries in the Asian region, and the key of reasons should not miss out on its low tax regime. Particularly, Hong Kong imposes only three basic taxes: corporate income tax, personal income tax and property tax.

No income tax is levied if this source is earned outside its borders. The salaries tax rate in Hong Kong stands between 2% and 17%, while the profit tax rate for corporations accounts for 8.25% for the first HK$2 million and 16.5% for the remainder.

Moreover, there is no capital tax, shareholder dividend or interest tax charged in this autonomous city. Tax benefits are much more competitive than those in many other jurisdictions.

Hong Kong is one of the world’s premium financial hubs. There is a firm presence of major banks with their operations in Hong Kong. The country sets out its own currency and has its freewheeling capital flows.

According to Business Insider, Hong Kong currently ranks as the world’s 6th largest financial center in 2020, following the fifth place of Singapore.

Hong Kong performed the world’s 3rd easiest place to do business, according to the Ease of Doing Business 2020 Report. Particularly, the country ranked first in terms of “dealing with construction permits” and took second place regarding “paying taxes”.

The city has also implemented many initiatives of reforming to improve ease of doing business. And this keeps it on-top rankings throughout the years.

Along with Switzerland, Hong Kong is among offshore countries with strong prestige in protecting its clients’ privacy.

Hong Kong took the 4th position on the Financial Secrecy Index. Hong Kong continues making effort to preserve secrecy for foreign investors. And this is one facilitator of making this a premier financial mecca for asset owners.

However, the banking secrecy in Hong Kong in particular or in many tax havens in general, may slowly diminish.

The fact is that the implications of global standard agreements like the Common Reporting Standard and the Automatic Exchange of Financial Information would leave a widespread influence, more or less, on any country.

So the advice is to find your long-term solution, i.e., obtaining a residence in your country of business registration.

And there are more things about Hong Kong. The country’s international reputation, quality of life, business-open environment and so on have attracted many foreign nationals, investors, expats to arrive in Hong Kong every year.

Hong Kong is considered one of the four Asian Tigers, along with Singapore, South Korea, and Taiwan. The economy of Hong Kong is a free market economy and is ranked the freest economy in the world by the Heritage Foundation.

The economy of Hong Kong is built on laissez-faire capitalism and is known for its low taxation and minimal government intervention. The city has few resources, yet it is one of the world’s leading financial centers.

Hong Kong’s currency, the Hong Kong dollar, is pegged to the US dollar. The city has a well-developed transportation infrastructure and is served by an extensive network of railways, roads, and bridges.

Hong Kong is a major tourist destination and is home to many of the world’s tallest skyscrapers. The city is also home to a number of renowned universities, including the University of Hong Kong and the Hong Kong University of Science and Technology.

Everything you need to start doing business in Hong Kong 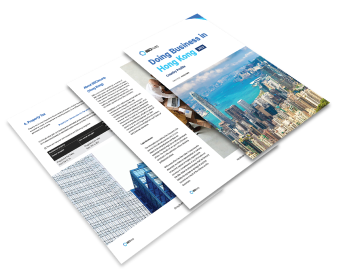 Over years, Hong Kong has witnessed considerable changes. We have seen major efforts made to get rid of Hong Kong’s impression as a means for cross-border tax avoidance in people’s mindset.

Recently, collaborations of the city with other country partners are obvious. Also, there are new legislation issuance to improve transparency, and so forth.

Hong Kong’s significant controllers register (SCR) is a typical example. All Hong Kong incorporated companies except certain cases are now required to get and maintain beneficial ownership information through keeping an SCR. This new obligation was introduced under the Companies (Amendment) Ordinance 2018 and came into force on 1 March 2018.

In addition, Hong Kong also showed its response to expanding its network for the automatic exchange of financial account information in tax matters.

Accordingly, the Inland Revenue (Amendment) (No.2) Ordinance 2019 gazetted on 1 March 2019 announced to further add 51 jurisdictions to the list. The number of reportable jurisdictions then reached 126 in total. 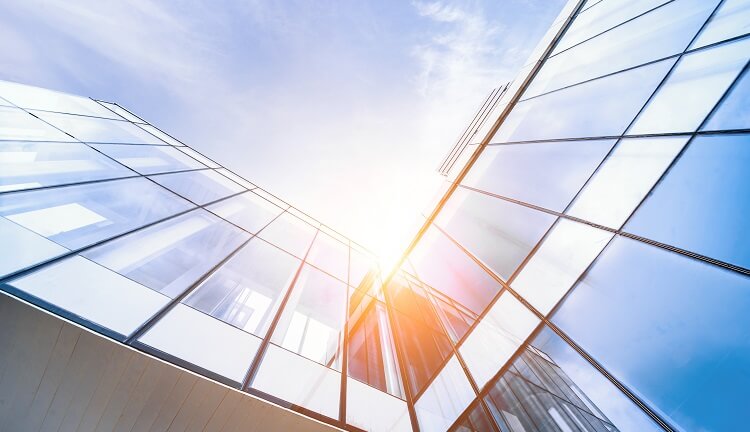 Another striking reaction is that Hong Kong enacted the transfer pricing rule in July 2018 and then published a series of Departmental Interpretation and Practices Notes (DIPNs) 58, 59, and 60 in July 2019. In this regard, the Inland Revenue Department (IRD) has been empowered to make transfer pricing adjustments on profits or charges derived from non-arm’s length transactions between relevant parties which results in tax advantage in Hong Kong.

Without a doubt, Hong Kong reputation is compelling evidence for its attractiveness to foreign investors. Still, some people can question the stability of Hong Kong after the presentation of the new Chinese national security law in the city. This law has posed serious threats to dampening the relationship between Hong Kong and its major trading partner.

Evidentially, the United States government issued the Executive Order on Hong Kong Normalization on 14 July, 2020. The US would unilaterally terminate the special trading relationship with Hong Kong due to the given reason being this city is now “no longer sufficiently autonomous to justify differential treatment in relation to China under the particular US laws”. With this order taking effect, Hong Kong-made-in products are limited to obtain lower tariff rates if exporting to the US.

Furthermore, products or goods originated from Hong Kong are also required to relabel “Made in China” since 9 November, 2020; otherwise, that business will be subject to a punitive duty of 10%. The US also decided to postpone 3 bilateral agreements with Hong Kong, one of which there is one reciprocal arrangement to grant a tax exemption for shipping companies registered in Hong Kong.

In a similar situation, some countries like Australia, New Zealand, or Germany are also showing their responses to discontinue the treaty extension with the city.

Hong Kong’s future prospects? Well, it is not a simple question. Hong Kong’s position is quite touch-and-go in the upcoming short space of time. While the potential of Hong Kong is very apparent, like the way you can see how Hong Kong stood up and fought against the virus corona pandemic, it is the US-China trade war that can draw different panoramas for Hong Kong growth in the upcoming time.

What separates HK from other tax havens?

Aside from having strong privacy laws and favorable tax systems, Hong Kong also maintains an economic edge over other offshore havens. The service sector is the prime contributor to the country’s transitionary phase in 2020, making up 93.4% of the GDP at the time.

How does the tax system in Hong Kong work?

Hong Kong follows a territorial tax regime; any incomes that are earned or derived from Hong Kong are taxed.

Corporate taxes do not apply on capital gains, shareholder divisnds and foreign-sourced income. Note that if you incorporate an offshore company in Hong Kong then there’s also the possibility of a tax exemption.

Licensed to use trademark by the trademark owner - BBCincorp Pte. Ltd.